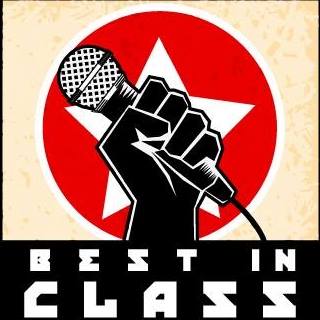 Just as soon as Brighton Fringe finishes, I’m talking about Edinburgh Fringe. This one will be real fucking cool.

Sian Davis has began something beautiful, with her show Best In Class – a collective that allows working class comedians to take part in the otherwise inaccessible Edinburgh Fringe. She talks about it here, in her article written for Funny Women:

The Best In Class vibe is as follows:

As up and coming working class comedians we know how hard it can be to break into the industry. There are so many barriers facing working class performers, who remain underrepresented in comedy and at the worlds biggest arts festival, the Edinburgh Fringe.
Often parodied and mocked in mainstream comedy, working class comedians have strong voices and unique experiences that need to be heard at the fringe. Growing up, they often have little access to the arts, they don’t have industry contacts or money and are unable to finance Edinburgh shows. They also struggle to take the time off work and to justify a full run at the fringe.

Best in Class gives talented comedians the opportunity to perform at Edinburgh Fringe whilst minimising the barriers they usually face, such as cost and length of commitment. Talented comedians from working class backgrounds can perform at Best in Class for a maximum of one week. They won’t have to pay anything towards the running costs of the show and will receive a share of any profits (because Socialism).

This show was created because/in spite of (but not limited to) the following:

Putting on a show at Edinburgh Fringe is a costly experience. Costs incurred so far have included: £100 to secure a venue at the Fringe, £295 to register the show in the Fringe programme, £100 for poster/flyer art work There will also be the cost of poster and flyer printing, marketing, advertising and promoting the show. Not to mention the exorbitant accommodation costs that the comedians will pay to perform at the fringe.

This kickstarter campaign has been created to minimise any out of pocket expenses in giving talented working class artists a much needed voice at the fringe. Become a part of something, join the collective, contribute to getting the best working class comedy talent to the 2018 Edinburgh Fringe.

You can be an absolute hero and donate some dolla on our Kickstarter here: